Amnesty Urges U.S. to Pay Reparations to Syrians After Killing 1,600 Civilians in Assault on Raqqa The previous posts mentioned evidence of war crimes by the Rogue State against the defenseless civilians of Raqqa, Syria.

It is often overlooked or suppressed that it has a horrendous hoary record of mass murder and maiming of defenseless civilians and massive destruction in other countries, going back to the sanctimonious mass slaughter of civilians (almost a million Filipinos dead, including deaths from starvation and disease engendered by the U.S. invasion and conquest) and burning of towns in its invasion and conquest of the Philippines during 1899 – 1902, to mention one among many instances.

Its extermination-devastation program, inclusive of tactics of mass dispossession and starvation, originally inflicted on the Native Americans, was applied against the hapless Filipinos, and later against impoverished peasant populations in Korea, Vietnam, Laos, and Cambodia. 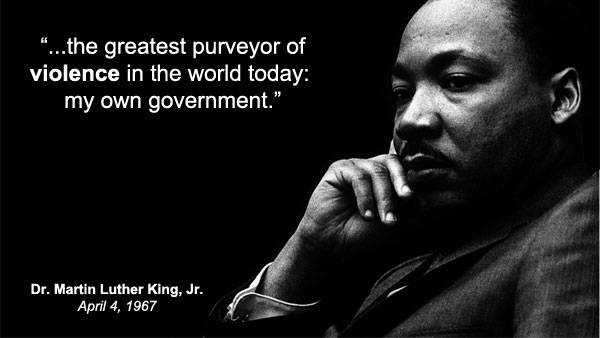 The Rogue State’s penchant for this infernal extermination-devastation program is evident in the extensive destruction, including the war criminal bombings of dams accompanied by racist gloating at the sufferings unleashed on Koreans by the resulting widespread destruction of rice crops, the Rogue State caused in North Korea during its invasion of Korea, nuclear terrorism against the civilian populations of Hiroshima and Nagasaki, the Nixon-Kissinger directives to use “anything that flies against everything that moves” in Vietnam, Cambodia, and Laos, widespread destruction and mass murder in Afghanistan and Iraq by means of “shock and awe” tactics, “decapitation strikes”, and murderous Special OPS attacks on defenseless and impoverished Muslim villages, Bill Clinton’s infernal sanctions scheme against Iraq which killed thousands of Iraqi children, paving the way, under the aegis of the Obama administration, for the descent of the once-prosperous and stable oil-rich nation of Libya into unprecedented chaos and the “coveted” status of  a “failed state”, providing logistical support and huge arms supplies for the war criminal Saudi-led campaigns of widespread destruction and mass murder of civilians in Yemen which have brought the impoverished country to the brink of starvation, ongoing devastating economic sanctions on Venezuela and Iran, and on and on.

It is a daunting documentation even for the Devil’s accountant!

To return to the present instantiation of its indelible pattern: the toll of the Rogue State’s military coalition assaults on Raqqa: the fact that at least 1600 civilians are dead and comparable numbers severely injured or maimed is gut-wrenching:

How American neglect imperils the victory over ISIS

Six months after the militants’ capital was liberated, new risks are emerging from Raqqa’s rubble.

The Rogue State had raved that it was the “most precise air campaign in history”. The fact is that more than 80% of the city of Raqqa has been destroyed. Entire families sitting inside or outside their homes were badly burned, or incinerated, or blown apart by white phosphorus munitions, missile attacks, or artillery shells unleashed by the Rogue State and its infernal agents. It’s a clear case of callous mass destruction of the city.

Nothing has been done to rebuild it since the cessation of the military coalition assaults against it led by the U.S. The surviving family members of the incinerated, decapitated, or maimed victims have received no compensation. It is just another gruesome chapter in the horror novel the Rogue State has been writing on the backs of its victims since its inception in slavery and the campaigns of extermination of Native Americans.

Margaret Huang, the current executive director of Amnesty International USA, who recently visited Raqqa, points out in an interview on Democracy Now that only the U.S. military coalition wielded air power (thousands of air strikes) and artillery force (U.S.troops fired more artillery at Raqqa than anywhere since the invasion of Vietnam). There was no other force involved in the assault on Raqqa which had access to such means of destruction. Hence, it bears responsibility for the large number of civilian casualties and injuries and the huge scale of destruction in the city:

“The situation in Raqqa is truly extraordinary. The level of destruction that we’ve seen, that is on the ground today, is unprecedented in many, many ways. More than 80% of the city has been destroyed by the U.S. strikes.

And what’s most compelling about Raqqa is that there was only one party in this conflict that had airstrikes and that used artillery, and that is the U.S. coalition. In many other conflict zones, it can be very difficult and time-consuming to determine which party was responsible for which aspects of destruction. But in Raqqa, it’s pretty straightforward, because only one side of the conflict had access to those munitions.”

Given its track record of callous destruction and mass murder, it is unlikely that the Rogue State will heed Amnesty’s praiseworthy call for reparations, but a strong campaign for reparations to the surviving family members, many of whom are still living in buildings with severe structural damage due to severe U.S. bombings, of the victims of its war criminal assaults on the city of Raqqa must be supported by all concerned groups of decent human beings in the U.S. and other countries.